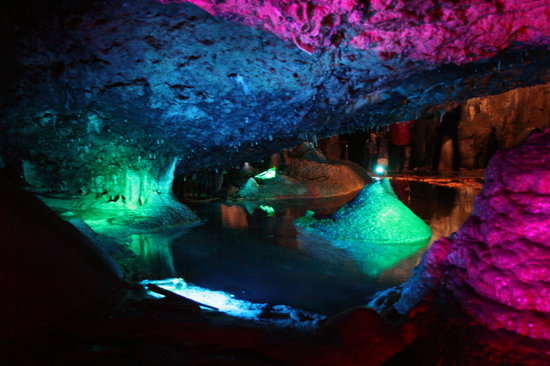 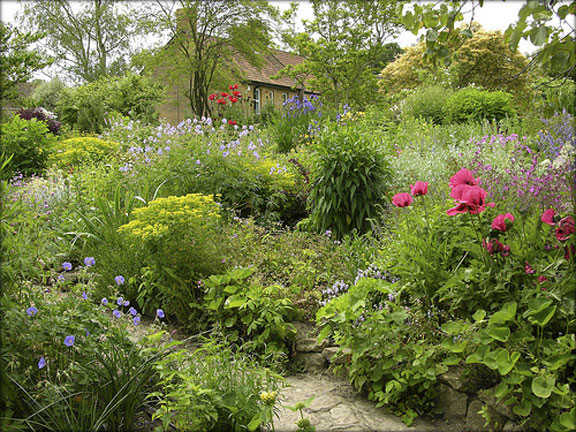 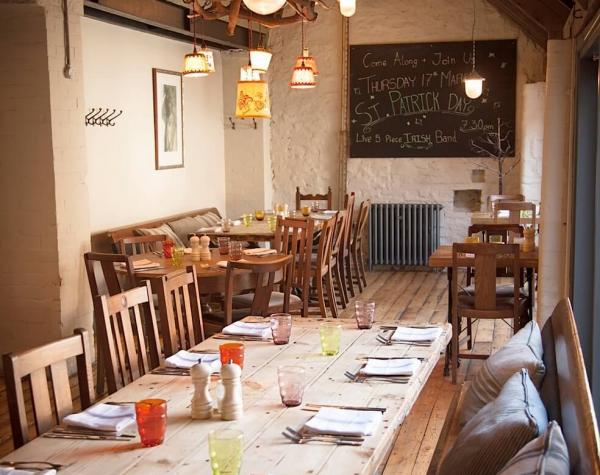 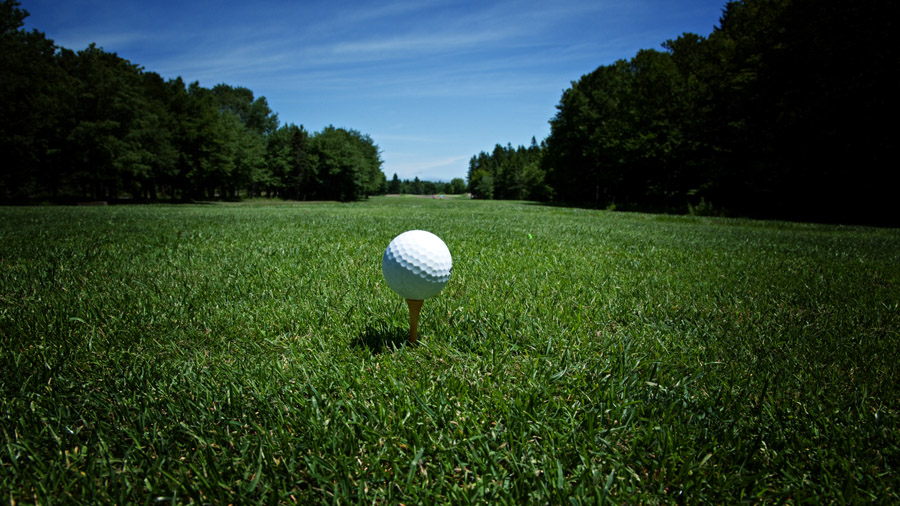 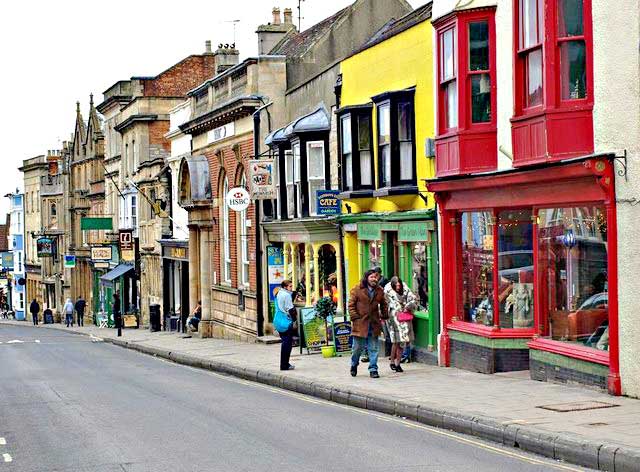 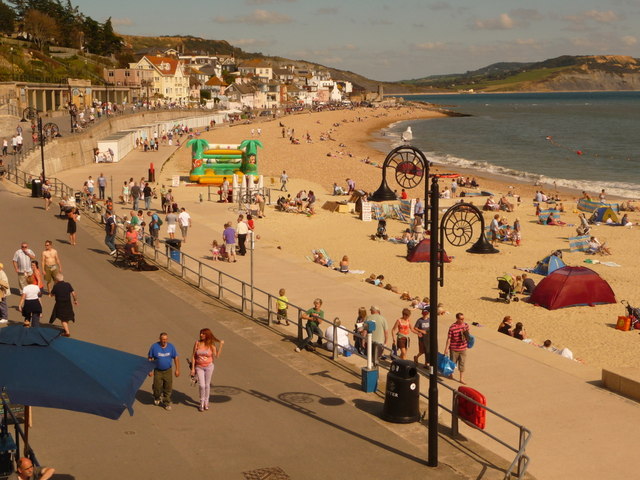 This is just over 30 minutes drive from us, they always have events throughout the year so it is worth checking their website for any of these before planning a visit.

The UK’s largest collection of the greatest cars from around the world with over 400 amazing cars and bikes from the dawn of motoring in the late 1800s through nostalgic classics of the 1950s and 1960s, glorious Bentleys and Rolls Royces to world renowned super cars.

Explore one of Britain’s most spectacular natural landmarks. From its awe-inspiring cliffs to its extraordinary subterranean stalactite show caves. Cheddar Gorge & Caves holds many fascinating secrets about our prehistoric ancestors, and is an international centre for caving and rock climbing. 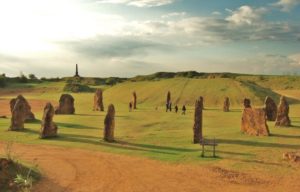 Ham Hill is a brilliant place to take the children and for a walk with dogs or just yourselves, under 25 minutes tor drive from us.

A 164 hectare (390 acre) Country Park centred on an Iron Age hill fort, which is managed by South Somerset District Council. There is extensive free car parking on site and plenty of open hilly landscape to explore, as well as shady woodlands and interesting old quarry areas.

Ham Hill is now designated as a Local Nature Reserve (it is a Country Park too!). This gives the land a higher level of protection. In 2009 Ham Hill received Country Park Accreditation; a national standard set by Natural England. 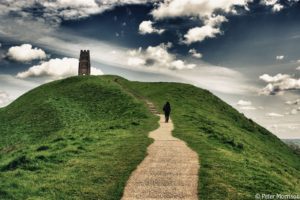 Glastonbury Tor is one of the most famous landmarks in Somerset, if not the whole of the West Country.

It’s not just famous because it can be seen for miles and miles around, but also because it has huge spiritual significance for many people.

The conical shape of Glastonbury Tor is natural. Thousands of years ago it was an island. Before modern drainage, the Tor in winter would have towered above the flooded Somerset Levels.

The terracing on the hillside has been dated to Neolithic times, around the same time as when Stonehenge was constructed. It has been suggested that the terraces form a kind of maze that guided pilgrims up the sacred hill.

The hill has a long religious history with evidence of Pagan and early Christian settlement on it.

If you walk to the top of of it today you will find the partial ruins of a church.

The tor is just outside of Street in Glastonbury, approximately 15 minutes from us

East Lambrook Manor Gardens is the iconic and quintessentially English cottage garden created by the celebrated 20th-century plantswoman and gardening writer Margery Fish. It was here that she developed her own style of gardening, combining old-fashioned and contemporary plants in a relaxed and informal manner to create a garden of immense beauty and charm.

Midney Gardens comprises a series of linked garden areas, each with its individual character. The garden areas are defined by the use of colour and interesting details and although different, each one seems to flow naturally to the next offering visitors a rich overall experience. 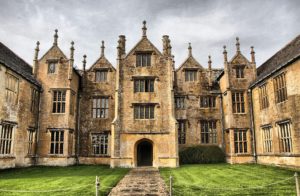 We have several National Trust Gardens on our doorstep, one of which being Barrington Court just a 25 minute drive from Somerton.

Barrington Court is a beautifully restored Tudor mansion, full of mystery and atmosphere, and set in the glorious Somerset countryside.
Enjoy the freedom you’ll feel on a visit to Barrington Court. The absence of a collection allows you the space and perspective to discover the soul of this house, and feel the love and passion that went into its restoration. 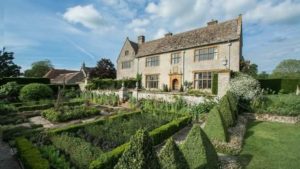 We have several National Trust Gardens on our doorstep, one of which being Lytes Cary just under 15 minutes drive from Somerton.

The garden you see today at Lytes Cary Manor is very different to the garden that existed during the 17th and 18th centuries when the Lyte family were in residence.

There is also a lovely forest area which you can access with dogs, this is brilliant for children also with a small woodland play area and swing. 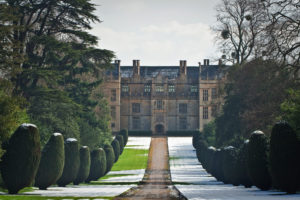 We have several National Trust Gardens on our doorstep, one of which being Montacute House, just under 25 minutes drive from Somerton.

Montacute House is amongst the very few Elizabethan houses in England to have retained its setting within a compartmentalised garden, and in the spring months the different compartments each offer something special.

A masterpiece of Elizabethan Renaissance architecture and design. With its towering walls of glass, glow of ham stone and surrounding garden, it is a place of beauty and wonder.

Tom Blake (formerly head chef at River Cottage) leads our kitchen team alongside head chef, Ashley Brill. The menu is fresh, simple, local and special. Working with some exceptional local suppliers, the team’s aim is to demonstrate just how good West Country food can be.

The Firehouse Somerset is a Village pub in Curry Rivel (only a few miles from Somerton) that has been lovingly restored with a modern twist yet full of traditional charm.

They are passionate about creating homemade, fresh food using the finest locally sourced ingredients. Enjoy the theatre of our pizza oven as you are greeted at the door.

They have an array of interesting fine wines, local ciders and real ales for you to experience in the warmth of an armchair next to one of our wood burners.

They regularly hold Quiz Nights so make sure you check the website for any updates.

They are also now offering Take Away Pizzas to collect!

Living Pretty is set in the heart of the Somerset Levels (Curry Rivel) only a few miles from us, offering amazing Afternoon Teas and other selections of food for day time meals.

There is a vast collection of shabby chic and vintage style pieces from floral and striped cushions to pretty lamps, polkadot pottery, stunning throws, painted furniture, cosy armchairs and many more decorative accessories.

Booking is advisable but not essential

There are various cafes/resturants located in Street not far from Clarks Village, just over 15 minutes drive from Somerton, whether you are looking for a sit down meal or a grab and go option there are plenty of options:

et in the countryside in Somerset is the gem that is Wheathill Golf Club. Although not the longest or toughest, Wheathill with its unique hazards offers a challenge to golfers of all abilities.

Have you ever visited a market town and had that “déjà vu” moment, where it appears the same High Street retailers are represented? Not in Glastonbury, very much an independent High Street with shops selling wonderful and creative items, gifts and accessories. Crystals, crafts, art, spiritual books located amongst a florist, a butcher, a baker and even a candlestick-maker! 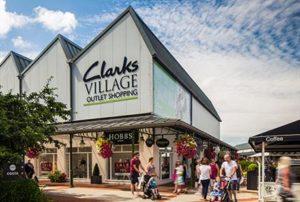 With over 90 stores to choose from, Clarks Village makes a great day out. Whether it’s a shopping trip with a friend or the whole family, you are sure to find something for everyone, located just over 15 minutes away from us.

Enjoying a spectacular rural location, Clarks Village is a haven for smart shoppers in the South West of England. Over 90 stores showcase some of the most desirable designer & high street fashion and lifestyle brands, offering savings of up to 60% off all year round.

Before you set off be sure to check any events or additional discounts:

Lyme Regis features four beautiful sandy beaches and makes a fantastic day out. Lyme Regis is about 1 hour by car from Harleys Court.